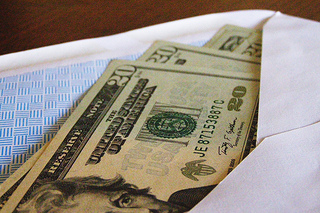 An indictment alleges that between 2009 and 2012, W. Carl Reichel created a strategy to give doctors money, free meals and phony speaking fees in exchange for writing prescriptions of Warner-Chilcott drugs. The authorities also charged him with providing sales reps with unlimited expense accounts in order to wine and dine doctors, and said he suggested targeting doctors who were already frequently prescribers. The arrest marks one of the rare instances in which federal authorities are attempting to hold the executive of a drug maker accountable for allegedly breaking the law.