Top of the morning to you. Another busy day is unfolding here on the Pharmalot campus, where the shortest of short people has left for the local schoolhouse and the official mascots are happily snoozing underfoot. As for us, yes, we are quaffing our ritual cups of stimulation and, of course, we invite you to join us. Meanwhile, we have assembled a few items of interest to help you along. Hope your day goes well and drop us a line if you hear something juicy…

The latest analysis of drug prices shows companies have often boosted prices beyond the inflation rate to drive their revenue, even when demand is flagging, The Wall Street Journal reports. Across 30 top-selling drugs sold by pharmacies, US revenue growth has far outpaced demand in the past five years, and revenue growth averaged 61%, three times the increase in prescriptions for those medicines.

If biotech industry leaders agree on anything, it’s that Turing Pharmaceuticals chief executive Martin Shkreli has made life difficult for all of them, writes The Boston Globe. “I don’t even say his name,” Massachusetts Biotechnology Council president Bob Coughlin declared, referring to the drug company chief executive, who recently acquired a generic medicine to fight parasitic infections and hiked its price from $13.59 to $750.

The largest US health insurers want doctors to stick with standard diabetes treatments instead of a new drug called Jardiance from Eli Lilly that can provide life-saving results for one-third of patients, Reuters reports. Aetna, CVS Health and Molina Healthcare need more clinical data and a change in medical society guidelines before easing access for patients to the $4,800-a-year treatment. The process could take from 18 months to several years.

The deadline for MannKind, which makes the Afrezza inhaled insulin, to settle debt totaling $32 million passed five days ago, but the company has said nothing publicly, which probably means debt holders were repaid with cash, The Street writes. Using cash to settle the debt was a worst-case option because it leaves the company with little money to fund ongoing operations.

A question is dividing the scientific community: Is there a value to public health in spending time and money to replicate long-completed, peer-reviewed studies?, The Wall Street Journal asks. Why? Well, two recent high-profile papers that scrutinize older research have sparked debate about the fundamental reliability of scientific findings.

Although women make up roughly half of the world’s HIV cases, they remain largely excluded from clinical trials testing drugs, vaccines and potential cures for the virus, Reuters says, citing a new research review.

Jack Lief, who has served as Arena Pharmaceutical ceo and president since 1997, has retired and left the board of directors – effective yesterday – at the request of the board, Xconomy reports.

Axovant Sciences, the Alzheimer’s startup founded by former hedge fund manager Vivek Ramaswamy, has begun a study aimed at getting its Alzheimer’s drug purchased from GlaxoSmithKline approved by the FDA, Forbes notes.

The FDA has approved a long-lasting, injectable drug for schizophrenia developed by Alkermes, according to The Boston Business Journal. 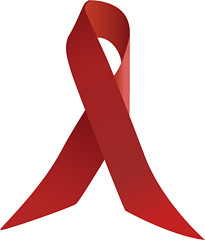