Shkreli’s Turing Pharmaceuticals, as you know, caused a recent firestorm by boosting the price of Daraprim from $13.55 less than a month after buying the decades-old, life-saving medicine from another drug maker this summer. The price hike amounted to a whopping 5,433 percent increase.

“We’re going to take care of this patient population and at a fair price and make a great profit,” Imprimis chief executive officer Mark Baum told us. “We think physicians will write prescriptions for the compounded version. And we think insurers will support this.”

However, the compounded medication will not be identical to Daraprim. Instead, Imprimis is combining the active ingredient in Daraprim with the active ingredient in another medicine, Leucovorin, which is a form of folic acid. Along with pyrimethamine, the drugs are sometimes combined as a treatment for toxoplasmosis, a parasitic disease and a leading cause of death connected to food-borne illness.

By combining the drugs, Imprimis can avoid running afoul of FDA regulations, Baum explained. The agency has the right to prevent a compounder from making an exact copy of a medication, which means Imprimis cannot rely on compounding pyrimethamine alone. By contrast, generic drug makers can make copies, but must provide evidence their versions are largely equivalent with the brand-name medicine.

We asked Turing for comment and will update you accordingly.

The Turing price hike accelerated the national debate over prescription drug prices. But Shkreli further inflamed the public by using social media to deride criticism that he was profiteering from people who could die without treatment.

Toxoplasmosis can be fatal, especially for people with AIDS or who have weak immune systems. And Turing enraged physicians at the Infectious Diseases Society of America and the HIV Medicine Association. And today, 150 other medical groups implored Turing to lower its price, which the drug maker has promised to do, but has so far not indicated by how much or when.

Whether a compounded version will be seen as a desirable substitute is unclear. Imprimis, which operates facilities in four states, plans to make its compounded medicine available nationwide. The compounder is not registered with the FDA, but is still subject to FDA inspections and enforcement actions.

Meanwhile, there may be another way for some patients to receive Turing’s Daraprim at a low cost. A federal program known as 340B requires drug makers to offer discounts of up to 50 percent on drugs for rare disease to certain hospitals and clinics that serve indigent populations.

These hospitals and clinics are known as safety-net providers and a spokesman for the AIDS Healthcare Foundation, which runs HIV clinics around the country, told us the organization recently obtained a small supply of Daraprim at a low price. 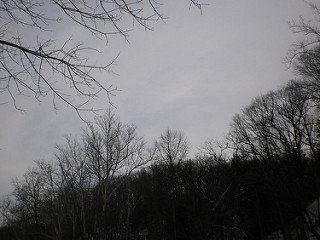