Chicago officials have filed a revised lawsuit alleging several drug makers deceptively marketed their opioid painkillers. And the city contends the updated document contains new evidence that the companies made false claims about their medicines.

Among the alleged false claims –  the medicines were not likely to be abused but improved the ability of patients to function. Another claim was that the drugs were safer than over-the-counter painkillers known as NSAIDs, or nonsteroidal anti-inflammatory drugs. The companies being sued are Purdue Pharma, Endo International, Teva Pharmaceuticals, Actavis, and Johnson & Johnson’s Janssen unit.

The city alleges the companies deliberately downplayed the risks of their painkillers and improperly encouraged physician prescribing, which caused some patients to become addicts. As a result, the city says it paid for some prescriptions inappropriately. Similar claims were made in lawsuits filed last year by two California counties, although these cases were delayed indefinitely.

The lawsuits were filed as local and state governments around the country are grappling with a rising number of addictions and deaths attributed to opioid painkillers. The medicines have been widely used and abused, and government officials say the problem has fueled a growing heroin trade..

“Chicago is not immune to this epidemic,” Chicago Mayor Rahm Emanuel said in a statement concerning the revised lawsuit, which was filed today in federal court.

The updated information had been redacted from the original lawsuit, which was filed last year, but later dismissed. However, a federal judge last summer allowed the city to refile its lawsuit, but certain portions remained redacted. City officials then fought to restore the redacted portions, arguing that the information is pertinent to their case. A few portions remain redacted, though.

For instance, city officials point to unredacted information indicating that Actavis – now Allergan – trained its sales reps to instruct doctors that there was only a “minimal” risk that chronic pain patients would become addicted to opioids. And sales reps were told not to warn doctors of a higher risk of overdose. At the same time, Allergan reps had talking points that suggested opioids were a “safer option” than NSAIDs.

The lawsuit now includes comments from a former Endo sales rep, who described how she would dodge questions from doctors about addiction, while focusing on milder side effects, like constipation and itchy skin.  Similarly, a former Janssen sales rep told how she was asked to focus on family practice and internal medicine doctors, who were less knowledgeable about opioids. She was also instructed to stress that the Janssen drug, Nucynta ER, was less addictive and safe even at high doses. Janssen, we should note, has since sold the drug to another company.

City officials also say the redacted information demonstrates how the companies orchestrated marketing messages for other organizations, which purportedly acted as independent vehicles for touting the painkillers. One example: Janssen exerted control over a web site called “Let’s Talk Pain,” which appeared to be independent, but was hosted by the American Pain Foundation, which received industry backing, according to the lawsuit.

City officials also pointed to information showing how sales reps for Cephalon, which is now owned by Teva, promoted two drugs – Actiq and Fentora – for chronic pain when the meds were only approved for treating cancer pain. They also cited information that Purdue sales reps told Chicago doctors that opioids improve patient functioning, and allowed them to become more physically active and return to work.

A Purdue spokesman wrote that “these lawsuits are designed to enrich trial attorneys, not improve public health. Patients are hurt by litigation that risks creating inconsistent rules governing access to FDA-approved medicines.”

A Teva spokeswoman wrote us that the lawsuit “lacks merit. The court dismissed the city’s previous complaint and we believe this most recent [version] suffers from the same [problems] that led the court to dismiss it previously.” An Endo spokeswoman declined to comment, citing pending litigation. We will pass along any reply we receive from J&J and Allergan.

[UPDATE: A Janssen spokeswoman sent us this: “We continue to firmly believe the allegations in this lawsuit are both legally and factually unfounded.  Janssen has acted appropriately, responsibly and in the best interests of patients regarding our opioid pain medications.”] 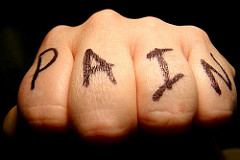