Novartis to pay $390M to settle kickback case, but will execs pay a price?

thx to pictures of money on flickr creative commons

On the eve of a closely watched trial that was to have begun next week, Novartis has agreed to pay $390 million to settle charges of paying kickbacks to boost sales of various drugs. This is much less than the $3.35 billion in damages and civil fines the US Department of Justice had sought for a scheme that caused federal healthcare programs to overpay for the company’s medicines.

The last-minute deal is not surprising. Over the years, a parade of drug companies has reached settlements, mostly for paying physicians to favor their medicines or illegally marketing products. Rarely, though, do executives suffer any consequences.

There have been some notable exceptions. In 2007, three former executives from Purdue Pharma were banned from any dealings with Medicare and Medicaid for fraudulently marketing the OxyContin painkiller. And in 2012, four ex-officials from the medical-device manufacturer Synthes were banned after doing jail time for their role in running an illegal clinical trial.

But these are anomalies. Mostly, the federal government resorts to large fines, even though countless people may have been prescribed medicines unnecessarily — at great expense and sometimes great harm. And drug makers simply treat these penalties as a cost of doing business. The failure to come down harder is sadly reminiscent of the recent financial crisis in which most heads of the biggest banks escaped unscathed.

Lately, however, there are signs the government might be changing its approach toward recalcitrant executives, and such a move is long overdue. After all, if individuals are not held accountable, the senior officials who run these companies have little incentive to play by the rules.

Last month, Sally Yates, a Justice Department official, issued a memo to department attorneys that serves as a blueprint for pursuing individuals who engage in corporate malfeasance. One passage, in particular, stands out because it says the agency will not let “culpable” people off the hook, even when their employers reach a deal. Federal prosecutors around the country are now being urged to go after wayward executives.

In a speech last week, the Justice Department’s Benjamin Mizer, a Principal Deputy Assistant Attorney General, amplified on the policy by noting companies that want credit for cooperating with investigations “must identify all individuals involved in wrongdoing, regardless of the individual’s position or seniority in the company.”

And earlier this year, lawyers at the US Department of Health and Human Services formed a special team to more aggressively pursue exclusions, the legal term for a ban from federal health care programs. Such a penalty can be a career killer, because executives are responsible for inking lucrative contracts with government agencies.

These actions “remove two of the biggest historical obstacles to pursuing individuals,” said Tony Maida, an attorney at McDermott Will & Emory, who worked at Health and Human Services until last year.

Whether Novartis becomes an example of this newfound government willingness to pursue individuals is unclear. The settlement is not finalized and the HHS Office of Inspector General is in charge of banning executives, not the Justice Department.

Certainly, the drug maker irked Preet Bharara, the US attorney for the Southern District of New York, who is pressing the case. When the federal government joined a whistleblower lawsuit against the company two years ago, he pointedly called Novartis a “repeat offender” — and it was hard to miss the implications.

He was referring to a 2010 case in which Novartis paid $422.5 million for allegedly marketing six drugs off-label and paying kickbacks to health care professionals. The company also signed a five-year agreement in which Novartis executives promised not to run afoul of the law. Bharara did not intend to let this go unpunished.

Now, Novartis stands accused of offering patient referrals to specialty pharmacies in exchange for bolstering refills of two of its drugs, the blood transfusion treatment Exjade and the kidney transplant agent Myfortic.

“This is a needed test case,” said Patrick Burns of Taxpayers Against Fraud, a non-profit that advocates for tough penalties and is partially funded by attorneys. The government “should name names and hold people accountable. That would be a game changer.”

An alternative punishment would be to ban companies, rather than their employees, from doing business with federal health care programs. However, if a drug maker’s needed medicines are suddenly not available, innocent citizens could become collateral damage. Employees would lose jobs and shareholders would take the hit.

So, it makes sense to go after the individual wrongdoers. Of course, the government must confirm an executive actually engaged in shenanigans or was in a position to know what was taking place. This is not always so easy. As the Justice Department’s Yates wrote in her September memo, determining culpability can be hard when high-ranking executives are insulated from some activities or millions of documents must be reviewed.

Then again, the alternative is to allow this behavior to continue unchecked.

“If you have a law that says you have exclusion but it’s never really applied, it makes a mockery of the system,” said Marc Rodwin, a professor at Suffolk University Law School who studies compliance issues.

Indeed, it’s not good policy if some drug makers are violating the law in a way that is harmful to the public. These companies are supposed to be improving public health. Let’s hold their top employees to that standard, too. 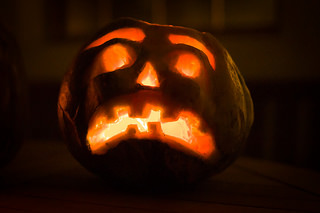 Pharmalot.. Pharmalittle.. As the weekend nears.. we’re catching up on Valeant and…
October 30, 2015